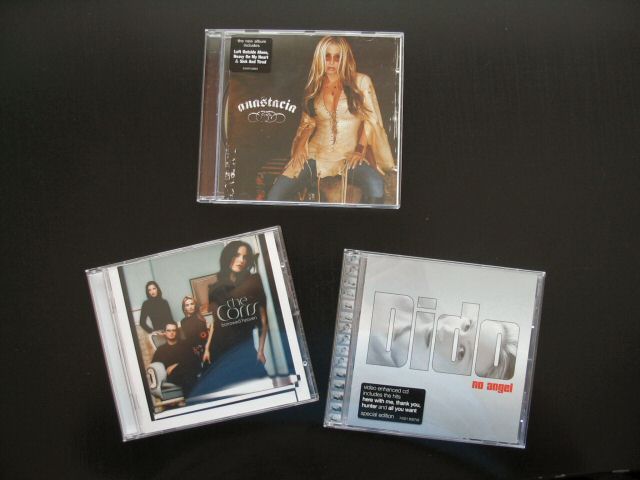 We just returned from a short holiday in Northumberland (England). Such a civilized nation: tea at four o'clock, excellent English spoken everywhere, and one can buy some music and actually get a chance to listen to it.

Yes, I'm not kidding you: uncrippledware (those shiny things we used to call "Compact Discs" way back in the 80's and 90's, the ones with the "CD Audio" Logo, remember?) to be bought on the corner of every street. Sometimes at a slight surcharge, but nevertheless.

Is anyone, anyone at all, in the media industry paying any attention? Please?

Anyway, who cares. I've ripped the whole bunch, dragged them to the generic Linux box that streams my music, and stored the carriers in the basement, never ever to be looked at again.

Back to that Linux box: as of today it streams 5GB of music to two rooms via Fast Ethernet. Next year, l'm going to overhaul it, and it'll stream 40GB over WiFi to the whole house. The year after that, I'm hoping for flat-fee UMTS, and then it'll stream 120GB of stuff to our car and both our mobile phones. Before we get to 2010 I want it to be a 4TB box, and have 500 DVD images stored there full-res.

Do note: this is all present day technology. I could build that 2010 config today, albeit at significant cost. In 2010, it'll be pocket change.

Why does the media industry think I would ever want to go back to juggling discs?
Collapse