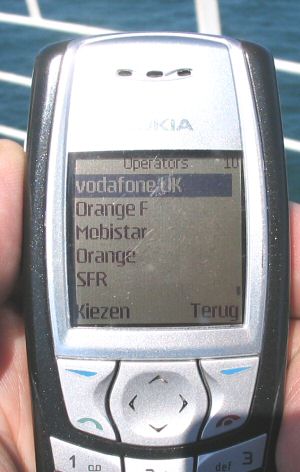 Only for you GSM nerds out there:

I had some fun halfway between Calais and Dover, when we were travelling to England on the fourth of September. The weather was sunny with a calm sea, ideal for GSM signal propagation. In the first picture, I get a signal from T-Mobile NL, quite a distance away. Of course it was unusable, as the round trip delay far exceeded specs. In the second picture, I get a full whammy, ten network signals: three French, three Belgian, and four from the UK.

Impressive, eh? I think I could have made it to eleven or twelve (picking up the odd Dutch network too), but by this time I had been jumping up and down all decks like a drunk monkey so long that people were giving me strange stares.

Do any of you nerds out there known whether current Nokia firmware has a limit on the number of networks it will simultaneously discover? 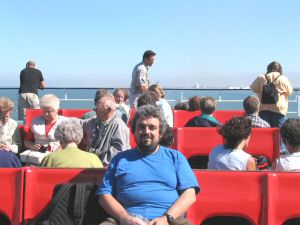 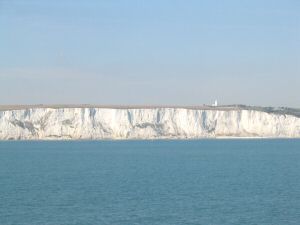